"He who cannot call on three thousand years is living from hand to mouth." 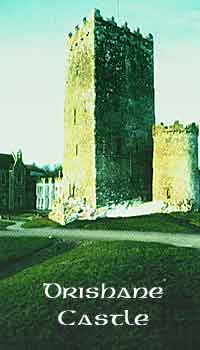 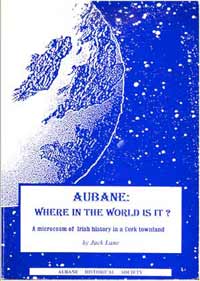 What's New All Over
On Athol Books WebSite (including Aubane, Church & State etc? 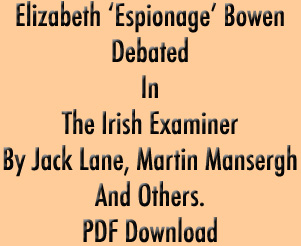 This Society was founded by a number of local people in Aubane in 1985. It aims to contribute to the growing body of local history publications being produced across the country.

It concentrates on the local Aubane and Millstreet area as well as North Cork generally. It seeks to make available original and first hand accounts of various aspects of our history.

We rely on our own resources but we appreciate any support and are particularly grateful to Integrated Rural Development (IRD) Duhallow Ltd. for their assistance with a number of our publications.

We have produced over 30 publications so far in various formats. Those in print are available via this site.

If you have any comments or views on our work we would be pleased to hear from you.

Niall Meehan examines Peter Hart's arguments in the context of political pressures in Irish society affecting the writing of Irish history. In particular, he looks at the effect of violence in Northern Ireland post 1968. The threat of violence was used to inhibit intellectual inquiry in Southern Ireland. State censorship, perfected by Dr Conor Cruise O'Brien while a minister from 1973-1977, was accompanied by attacks on print media, on dissenting academics and on civil liberties. This, argues Meehan, helped to stabilise a new orthodoxy that privileged reframing the earlier Irish Troubles of 1916-21 as a religious or ethnic conflict. Within this new framework Peter Hart's research emerged and was uncritically applauded in 1998.
Meehan publishes for the first time an affidavit from the son of the last surviving participant in the Kilmichael ambush of November 28, 1920. He also publishes a newspaper report of the death of this ambush veteran. Peter Hart claimed to have interviewed an ambush participant anonymously one day later. In the affidavit it is claimed that Hart could not have interviewed the last surviving participant. The sole surviving IRA veteran suffered a stroke affecting his mobility and speech over a year prior to Hart's claimed anonymous interviews with two such veterans. Meehan pursues these and also newly discovered inconsistencies in Hart's account of sectarianism during the conflict. He attempts an explanation of why these deficiencies are ignored by mainstream Irish historians.

Brian Murphy examines the way in which Peter Hart's research on Cork during Ireland's War of Independence has been used to encourage the view that Catholic-Protestant antagonisms were a significant feature of the conflict. Murphy answers criticism of his research on British Propaganda in 1920 by David Leeson of Laurentian University, Canada. Murphy also examines Leeson's defense of Peter Hart. Murphy indicates the extent of significant Protestant support for Irish Independence. He takes issue with a recent Irish television documentary that pursued the Hart sectarianism thesis in another part of Ireland during the War of Independence.

Ruan O'Donnell, in his introduction, makes the point that 'the highly contentious nature of the revolutionary period has found an echo in the hostile tenor present in some of the debates between scholars. Questions of interpretation are inevitable in such dialogues and important issues have also arisen in relation to the reliability of certain classes of historical evidence. Something of the heat of these clashes stems, in all probability, from proximity to 'the Long War'. Connections between 1922 and 1998 are obviously more profound than the mere repetition of nomenclature and re-articulation of slogans but contemporary judgments on this issue must, as yet, remain tentative. It is to be hoped that a fuller and more nuanced grasp of Irish history will emerge from the new histories of the new Ireland.'

To secure your copy of this important new Irish historical research: